Is Jesus the real prayer? Matthew 6:5-6 " When you pray, do not be like those who only pretend to be holy. They love to stand and pray in the synagogue and on the street corners. they want to be seen by others. What I'm about to tell you is true. They have received their complete reward. When you pray, go into your room. Close the door and pray to your Father, who can't be seen. He will reward you. Your Father sees what is done secretly. We are going to be more specific, clear and net to help God's people to get divine understanding. We recall that the bible is a coded book. That's why a preacher has to break the scrolls to reveal the meaning of things. Revelation 5:2-5 " I saw a mighty angel calling out in loud voice, " who is worthy to break the seals and open the scroll? " But no one in heaven or on the earth or under the earth could open the scroll. No one could look inside it. I cried and cried because no one has found worthy to open the scroll or look inside. Then one of the elders said to me, Do not cry, the Lion of the tribe of Judah has won the battle. He is the root of David. He is able to break the seven seals and open the scroll.[;] Isaiah 29:11-12 " the meaning of every prophetic vision will be hidden from you; it will be like a sealed scroll. If you take it to someone who knows how to read and ask him to read it to you, he will say he can't because it is sealed. If you give it to someone who can't read and ask him to read it to you, he will answer that he doesn't know how." Someone who knows how to read is Israel, because they are God's adopted children. They have the Lord's glory, the pledges, Moses teachings, the true worship.... Romans 9:4-5 " the people of Israel. Theirs is the adoption to sonship; theirs the divine glory, the covenants, the receiving of the law, the temple worship and the promises. Theirs are the patriarchs, and from them is traced the human ancestry of the Messiah, who is God over all, forever praised![a] Amen."

Someone who can not read the sealed scroll represents the people of the nations, whom have acquired a big favor from God by receiving Jesus Christ as a savior and master.

Jesus is the one who helps nation people[church] to get the understanding of everything into the bible. That means people of nations have received the revelation of the only true God according to John17:3 "Now this is eternal life: that they know you, the only true God, and Jesus Christ, whom you have sent.

We recall that God used the allegories, an enigma and the parables to speak of kingdom of heaven. In shadow, Joseph has also helped the Egypt Pharaoh to have the understanding of thing by explaining the dream to him, which helped Egyptian people to get through the tough time. We understood that the job that Joseph did in the passe to Egyptian people, found is accomplishment by Jesus Christ into the church.

Here is the explanation. those who pretend to be holy are Israel, for lack of revelation they did not know who was Joseph [Jesus Christ]

Hosea4:6 my people are destroyed from lack of knowledge.

“Because you have rejected knowledge, I also reject you as my priests; because you have ignored the law of your God, I also will ignore your children.

Israel died spiritually by the lack of knowledge because they didn't know that Moses law was as a schoolmaster leading to Jesus Christ. Galatians3:23-25 " But before faith came, we were kept under the law, shut up unto the faith which should afterwards be revealed.

24 Wherefore the law was our schoolmaster to bring us unto Christ, that we might be justified by faith. But after that faith is come, we are no longer under a schoolmaster."

However, God has not abandoned Israel forever because God still keeps his alliance with Abraham.

In the passes  Israel had a temple built by king Salomon. 1 kings 6:1 " Solomon began to built the temple of the Lord. it was 480 years after the people of Israel had come out of Egypt. It was in the fourth year of Salomon's rule over Israel. He started in the second month. That was the month of Ziv. Unfortunately, the temple was destroyed by the foreign armies; since, Israel has not a physical temple.

David couldn't build the temple because he was the father [God] instead Solomon has been allowed by God to build the temple. We understand that Moses law as a father or David and Solomon who is the shadow of Jesus Christ.

Having ended to build the temple; Solomon allow nation peoples to access.

2 chronicles 6:32 " Suppose a stranger who doesn't belong to your people Israel has come from a land far away. He has come because he's heard about your great Name. He has heard that you reached out your mighty hand and powerful harm. So he comes pray toward this temple. Then listen to him from heaven. It's the place where you live. Do what that stranger ask you to do. We must know that Salomon's temple in the shadow is the image of real temple which is a Jesus Christ. John 2:19-21 " Jesus answered them," Destroy this temple. I will raise it up again in three days." The Jews replied, It has taken 46 years to build this temple. Are you going to raise it up in three days? But the temple Jesus had spoken about was his body. let us read again Hebrews 8:2 " He serves in the sacred tent. The Lord set up the true holy tent. A mere man did not set it up.

We nations[Church] entered the real temple which is Jesus Christ in the day of the Pentecost; by Peter predication. Acts 2:1,7,14,40 " The day of Pentecost came. The believers all gathered in one place. suddenly a sound came from heaven. It was like a strong wind blowing. It filled the whole house where they were sitting. the crowd was really amazed. They asked, aren't all these people from Galilee? Then Peter stood up with eleven. In a loud voice he spoke to the crowd. Peter said many other things to warn them. he begged them, Save yourselves from this evil people. Those who accepted this message were baptized. About, 3,000 people joined the believers that day. Psalms 65:2-4 " All people will come to you, because you hear and answer prayer. When our sins became to much for us, you forgave our lawless acts. Blessed are those you choose and you bring near to worship you. You bring us into your courtyards of your holy temple. There in your house we are filled with all kind of good things." and Proverbs 30:26

" The second are rock badgers. They aren't powerful. but they make their home among the rocks."

Rock badgers represents the Nations [Church] = peoples powerless and Rock = Jesus Christ. So the real prayer is to abandon our life to Jesus Christ 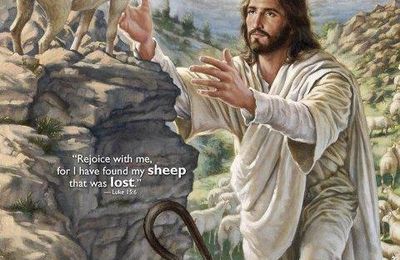 Every people have his or her own beliefs and rituals. For Christians Jesus will be their real prayer, for Hindus they have many lords and for Muslims they have Allah. It applies to other religions. Thanks for sharing your views on this topic.

The last part of your blog, sums everything up, nicely....The real prayer, it is>>IS